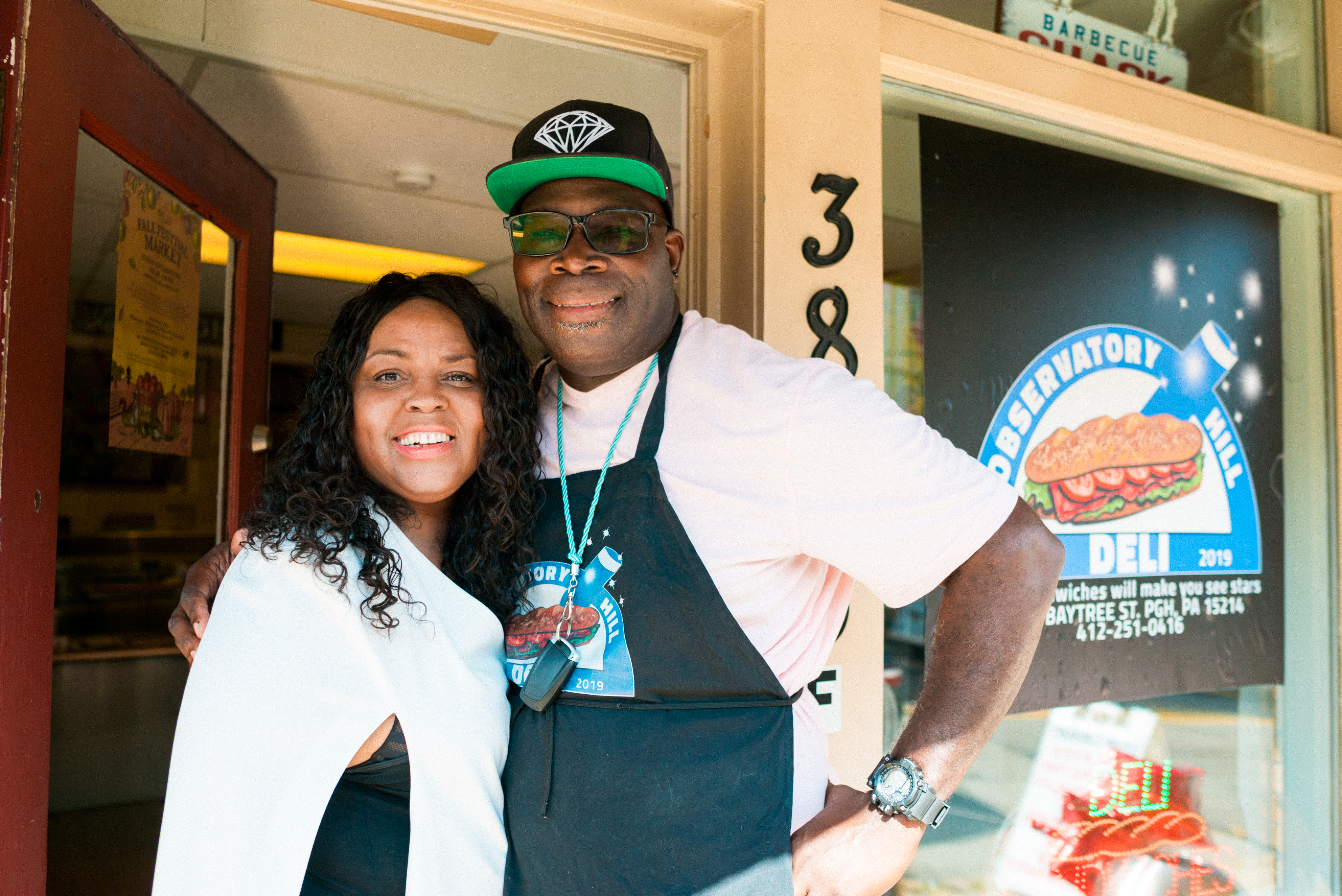 “They [the Neighborhood Community Development Fund] are doing a great job in redeveloping the Northside,” said Antoinette Payne. “We greatly appreciate it.”

A Deli on the Hill

Observatory Hill Deli, which opened in July of 2019, was Michael Payne’s vision – and his wife, Antoinette Payne, helped bring it to life.

The Paynes noticed that there were no lunch options for people living and working in the Five Points Business District of Observatory Hill. The startup business loan they received from the Neighborhood Community Development Fund (The Fund) provided enough money to open the eatery.

“There was no place for the people to eat,” Antoinette Payne said, “and the [deli] has a very welcoming atmosphere for the community.” Plus, Observatory Hill Deli is a “grab and go,” making it easy and accessible for Northside residents during work hours.